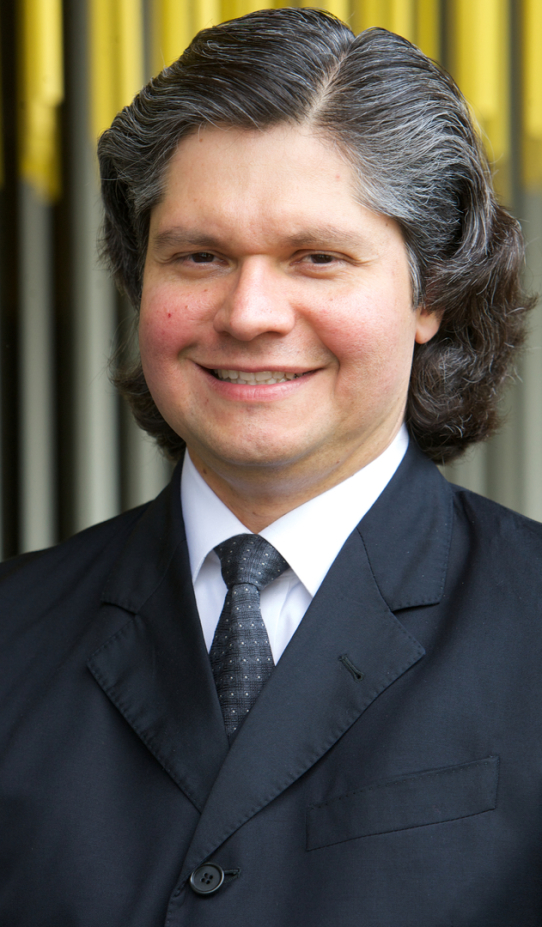 Venezuelan conductor Rubén Capriles starts this 2021- 2022 Season his third season as Artistic Director of the National Philharmonic Orchestra of Venezuela, leading with an innovative programming this outstanding organization to the very front page of Venezuela’s musical arena.

Praised for his highly energetic and compelling performances that let a consistent and indelible mark in the audience, Capriles’ conducting has been recognized as “the most satisfying… Ensemble remained tight and balanced, making for countless musical thrills…” (Kalamazoo Gazette).

As part of his highly sought-after 2021 – 2022 season,  Capriles’ upcoming commitments include Cavalleria Rusticana at Teatro Teresa Carreño, Beethoven’s Choral Symphony and Choral Fantasy as part of a Beethoven Cycle at Teatro Municipal de Caracas, and international tours with the National Philharmonic Orchestra of Venezuela to Mexico City and to Havana. Other highlights include the world-premiere of the Symphonic Suite “Libertador” by Mexican composer Alejandro Sánchez-Navarro, as well as an especial multimedia production of Antonio Estevez’ “Cantata Criolla” for the 2021 Edition of the Venezuela International Book Fair in Caracas.

From 2013 to 2020, Capriles’ tenure as Music Director of the Falcón Symphony Orchestra developed this prestigious organization to international acclaim, consistently expanding the vast repertoire of the Orchestra, and developing with the support of the International Conductors Guild a distinguished program for the promotion of emerging conductors to the international arena in Venezuela. Since 2020, Capriles retains his affiliation with the Falcón Symphony Orchestra as its Music Director Emeritus.

Capriles’ 2010 to 2013 tenure as President and Music Director of the Baltimore Philharmonia Orchestra expanded significantly the presence and artistic excellence of this organization, promoting also especial concerts with the vibrant community of Ocean City, and introducing as well a series of educational concerts dedicated to the children of Baltimore County Public Schools. His affiliation as Music Director of the Baltimore Flute Choir expanded also his vision of community engagement, contributing to the edification and consolidation of this organization thanks to the commitment and dedicated excellence of its wonderful group of community musicians.  Capriles also worked under the mentorship of conductor Marin Alsop, as cover conductor of the Baltimore Symphony Orchestra.

Awarded with the 2010 Bruno Walter Conducting Fellowship as Assistant Conductor of the Baltimore Symphony Academy, Capriles has been finalist to the First Eduardo Mata International Conducting Competition in Mexico City, and has been finalist to the Sixth Vakhtang Jordania International Conducting Competition in Chattanooga, Tennessee. Capriles has been also recipient of the Mabelle Antionette Leonhardtsen del Mar Scholarship of the Peabody Institute of the Johns Hopkins University, and has been recipient of the José Félix Ribas National Order from the Venezuelan government for his contributions to the arts. In 2007, Capriles was also nominated for the Thelma A. Robinson Award of the Conductors Guild as the selected conducting fellow at the 2007 Cabrillo Festival of Contemporary Music.

As a committed teacher and advocate for the generations of the future, Capriles served for six years at the Board of Directors of the International Conductors Guild, where Capriles promoted an intensive exchange program with the Falcon Symphony Orchestra promoting the career development of emerging conductors from around the world. Years earlier Capriles developed the span of repertoire of highly talented high-school music students during his tenure as Director of Orchestras at the Baltimore School for the Arts, where Capriles achieved with the entirety of its ensembles outstanding performances of benchmark symphonic repertoire, as well as highly demanding repertoire for chamber orchestra. During two subsequent summers Capriles also prepared the Inaugural Concerts at Hertz Hall of the Young Musicians Program Orchestra at the University of California, Berkeley, and for six years he supported and helped to model the Peabody Preparatory Youth Orchestra Program, preparing and conducting the Peabody Youth Orchestra at the historic Miriam A. Friedberg Concert Hall in several occasions. Capriles has also recorded award winning orchestral works and chamber works of emerging young composers both in the US and in Venezuela, and serves currently as Principal Instructor of Orchestral Conducting Studies at the Simón Bolívar Music Conservatory at El Sistema in Caracas.

Capriles graduated under the guidance of José Antonio Abreu as the top conductor of his generation at the internationally renowned El Sistema, where he received his pre-college and undergraduate training in Horn, Composition and Conducting. Previous to his conducting career Capriles performed professionally in the horn sections of the Simón Bolívar Symphony Orchestra of Venezuela and the Maracaibo Symphony Orchestra. He completed his BM studies in Conducting at the University Institute of Music Studies in Caracas, his MM studies in Conducting at the Simón Bolívar University in Caracas, and his DMA studies in Conducting at the Peabody Conservatory of the Johns Hopkins University in Baltimore. He holds MBA and MPP degrees from IESA in Caracas, and holds a MA degree in Political Science from Columbia University in New York. Internationally acclaimed mentors of Capriles’ conducting career include José Antonio Abreu, Helmuth Rilling, Sung Kwak, Gustav Meier, Marin Alsop and Markand Thakar.